Can you fire an employee for being racist outside work? 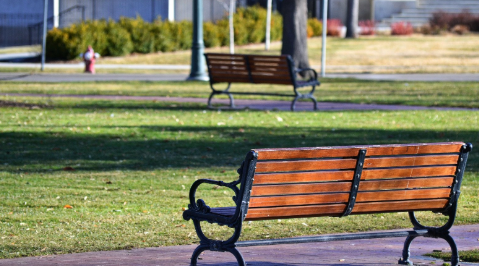 The short answer is yes. As an employer, you have the right to terminate employees if they essentially exercise poor judgement, expose and embarrass themselves, and by proxy, your company.

Lately, there have been a lot of people in the news or on social media who have been video taped doing and saying things that appear to be racist. You’ve probably seen them more and more frequently now.

You might recall the man tearing down “Black Lives Matter” signs that were made by children and hung along a fence in a public park. He was recorded saying black lives don’t matter to him. His employer found his behavior egregious and totally unacceptable and relayed this in their termination statement when they fired him.

There was also a couple who accused a person of color of vandalism for stenciling “Black Lives Matter” on a wall in his yard where he’d lived for 18 years. The couple claimed they knew the homeowner and called the police on him. One of them has been fired and the employer has issued a statement saying his behavior was inconsistent with their values.

Lastly, you’ve probably heard of the woman who called police on a man who was bird watching in Central Park. She called the police saying an African American man was threatening her life, when it didn't appear to be the case. She was terminated and her employer publicly issued a statement saying they reviewed the incident and decided to terminate her immediately because they don’t tolerate racism of any kind.

None of these events took place at work and none of the individuals identified their employers while being filmed. However, they were let go because an employer has the right to terminate employees if they believe the employee exercised poor judgment, exposed themselves, and by proxy the company. When employees behave badly in public, their actions call their employer’s integrity into question as well.

Having your company or brand associated with negative press can be a nightmare for any company, especially when it comes at the hands of an employee you had no control over. With social media, the backlash can be felt almost immediately and can be severe.

It is important employers have a plan in place to deal with these situations if they ever arise. A proactive approach is to have anti-harassment and anti-discrimination polices in place, along with proper training. The first place to start is your employee handbook and a thorough new hire orientation that covers every policy in the handbook. You should take special care to highlight core values of your organization that will serve as a guide for all business related decisions, including disciplinary action and termination. It should be mentioned numerous times during your orientation that these policies may be applied to behavior occurring outside the workplace if the behavior negatively impacts productivity - theirs, other employees’, or the organization’s.

Washington is an “at will” employment state, which means absent an employment contractor specifying otherwise, either the employer or employee may terminate the employment relationship at any time, without providing a reason. This however, doesn’t mean you can discriminate or retaliate against employees without a valid reason. You must also keep in mind that you as an employer have a responsibility to ensure a safe workplace free from harassment and discrimination. You should always consider how the actions of one employee impact your workplace as a whole.

If you would like to have your company’s policies reviewed or need help creating a more meaningful new employee orientation, please do not hesitate to reach out to us. Kim can be reached at ksandher@pivotallawgroup.com or 206-805-1490.