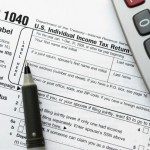 In Dewar v. Smith, No. 69701-3-1 (January 26, 2015), the Washington Court of Appeals recently addressed the question of whether a CPA could be liable to a third party (non-client) for alleged negligence or misrepresentation. This question is usually reviewed in the context of “duty” – meaning, did the CPA owe a duty of due care to a non-client?

In Dewar, Beddall, a real estate developer, and Dewar, Beddall's financier and accountant, participated over the years in many real estate joint ventures. Around 2006, Dewar and Beddall began a condominium conversion project for the Lea Hill Condominiums. By 2009, the local real estate market had declined, the project had floundered, Beddall owed Dewar about $3,900,000, and Beddall could no longer meet his obligations. Eventually, Dewar sued Beddall for breach of contract seeking to collect on the debt.

Dewar and Beddall signed settlement agreement, and as part of this agreement Beddall conveyed the Lea Hill property to Dewar. Critical to the agreement was Dewar's understanding that Beddall could obtain a large tax refund based upon his losses from the Lea Hill project. Beddall hired CPA Smith to file Beddall's 2009 tax return, seeking a refund of not less than $1,000,000. As part of the agreement, Beddall "irrevocably and permanently" assigned the tax refund to Dewar. Under the terms of the agreement, Dewar’s attorney was listed for the return address on the Beddall’s tax return – and as the address for the IRS to send any refund.

Shortly after Smith filed the tax return, Beddall instructed Smith to stop discussing the matter with Dewar’s attorney and to communicate about the return only with Beddall. In May 2010, Smith placed a conference call between Beddall, Smith, and an IRS representative. During the call, Beddall asked the IRS representative to change the address on his tax return to Smith's address. This changed the address to which the IRS would send any refund. Smith was on this conference call but purportedly did not participate in the conversation.

Dewar subsequently learned that he could no longer access Beddall's tax return online. He sent an e-mail to Smith inquiring about this issue, and asking him to contact the IRS about the status of the refund. In response, Smith forwarded to Dewar a copy of the original tax return with which included Dewar’s attorney as the address for any refunds (even though by this point the address had been changed with the IRS in the phone conference). Smith did not tell Dewar that Beddall had amended the address. Smith knew about the importance of the return address to Dewar at the time the copy of the return was sent to Dewar.

In July 2010, the IRS sent four refund checks totaling $1,206,703.32 to Smith's office. Bedall then transferred all the funds to an account in Thailand and refused to honor the terms of his settlement agreement with Dewar. Dewar then sued Smith.

In its analysis, the Court looked to Washington case law concerning the circumstances where an attorney can owe a duty of due care (i.e., not be negligent) to a non-client. The Court found that reasoning of these cases should apply to a CPA as well as an attorney. In Trask v. Butler, the court adopted a multifactor balancing test to determine whether an attorney owes a duty of care to a non-client. Under this test, a court must consider:

The Court concluded that Dewar satisfied all of these elements, but sent the case back down to the trial court for further findings on the issue of causation. This case provides a cautionary tale to professionals. Here, Smith was attempting to follow the wishes and instructions from his client (Bedall) even though he had reason to know that Dewar was relying on his conduct. Under these unique facts, Smith could potentially be held liable to Dewar. If you or someone you know may have a civil claim against a professional, contact Chris Thayer at (206) 805-1494 or CThayer@PivotalLawGroup.com.