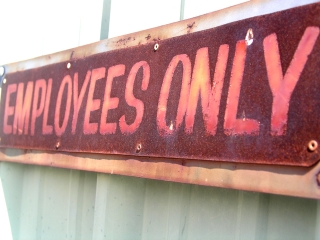 Normally, a person who negligently causes injury (also known as a “tortfeasor”) can be sued by the person they injured. This kind of lawsuit (also known as a “third party action”) allows the injured person to seek compensation for the damages caused by the tortfeasor’s failure to exercise the appropriate level of care.

However, as an exception to this general rule, tortfeasors cannot be sued when they (1) are employed by the same employer as the injured person, and (2) are acting in the scope and course of their employment at the time of injury. Evans v. Thompson, 124 Wn.2d 435, 444, 879 P.2d 938 (1994). This is known as “co-employee tort immunity.” This immunity stems from Workers’ Compensation law, which exists to provide an exclusive remedy for workers injured while on the job.

On October 5, 2015, the Court of Appeals, Division I, addressed the boundaries of co-employee tort immunity in Entila v. Cook, Case No. 73116-5-I. In that case, Cook struck Entila with his car while driving out of the Boeing parking lot onto a Boeing access road. Both Entila and Cook worked for Boeing and had recently completed their shifts.

Entila argued Cook must show he was doing work for Boeing at the time of the crash to receive immunity, which Cook was not. By contrast, Cook claimed immunity because he was “acting in the course of employment,” a broader definition used to determine whether an injured worker is entitled to Workers’ Compensation. Workers’ Compensation law defines “acting in the course of employment” as including “time spent going to and from work on the jobsite,” and does not require the worker to be “doing the work on which his or her compensation is based.” RCW 51.08.013(1).

The Court of Appeals sided with Entila. In doing so, the Court balanced the intent of Workers’ Compensation law (to provide an exclusive remedy for workers injured while on the job) against the right of injured persons to file third party actions against those actually responsible for their injury. The Court found the Legislature never intended Workers’ Compensation law to expand tort immunity beyond co-employees actually working at the time of the injury.

The Court also held that, when determining whether a co-employee has tort immunity, a trial court cannot take into account whether the injured person was receiving Workers’ Compensation benefits. First, Washington law strictly prohibits the admission of any such evidence as a “collateral source” of payment. RCW 51.24.100; Johnson v. Weyerhaeuser Co., 134 Wn.2d 795, 798, 953 P.2d 800 (1998). Second, even if such evidence was allowed, it would not resolve the issue of co-employee immunity because Workers’ Compensation law applies different standards.

This case reaffirms the general right of the injured to seek the broader relief available in third party actions, rather than the limited remedies available under Workers’ Compensation law, even against a co-employee, except where the co-employee was in fact doing work for the employer when the injury happened.