Car Crash vs. Car Accident: Lawmakers Move Away From Labeling Crashes as Accidents 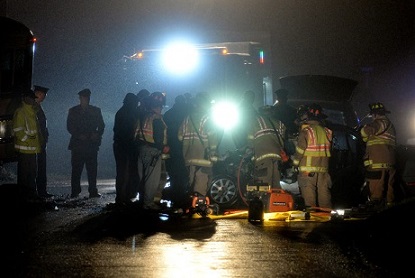 Most car crashes stem from risky driver behavior like drinking, distracted driving, speeding and other dangerous activities. Only 6 percent of crashes are caused by vehicle malfunctions, weather, and other factors. The question remains then, why has society insisted on labeling car crashes as accidents?

Historically, auto industry officials and insurance companies used the term in an attempt to absolve themselves of responsibility from faulty automobiles. However, the term is now seen by many as a way to lessen the responsibility of the driver.

A growing number of groups including safety advocates, federal officials, and state and local leaders across the country are campaigning to stop labeling crashes as mere accidents. Studies from the National Safety Council estimate that deadly crashes are on the rise. In 2015 alone, 38,000 people were killed by car crashes. Changing the language from “accident” to “crash” is intended to make people less apathetic toward the issue.

On Jan. 1, the state of Nevada enacted a law, passed almost unanimously in the Legislature, to change “accident” to “crash” in dozens of instances where the word is mentioned in state laws, like those covering police and insurance reports.

New York City adopted a policy in 2014 to reduce fatalities that states the city “must no longer regard traffic crashes as mere ‘accidents,’ ” and other cities, including San Francisco, have taken the same step.

At least 28 state departments of transportation have moved away from the term “accident” when referring to roadway incidents, according to Jeff Larason, director of highway safety for Massachusetts. The traffic safety administration changed its own policy in 1997, but has recently become more vocal about the issue.