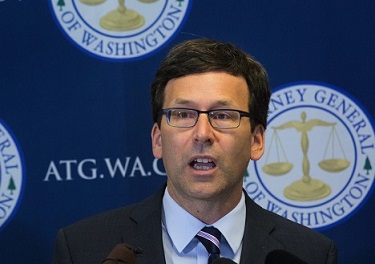 A lawsuit alleging more than 1.8 million violations of the Washington Consumer Protection Act was filed against Comcast yesterday.

The service plan, costing $4.99 a month, is marketed as covering repair costs for wiring issues related to Xfinity TV, voice, and internet. However, the state claims that in many cases, Comcast would either charge the customer for the repairs or simply not repair the issue at all. The state also alleges that Comcast would charge improper repair fees when the company guarantees they don't charge for service visits resulting from Comcast equipment or network problems.

Ferguson’s office has been working with Comcast for more than a year on the investigation, he said, adding that Comcast did make some “improvements” to the plan over the past month.

Ultimately, he was not satisfied with the changes Comcast had made. “Nothing changes the fact that they were deceptive in how they advertised this plan,” Ferguson said.

The exact figure the state is seeking in the suit has not been determined, but is estimated at about $100 million. The state wants reimbursement for the half-million Washington customers who paid about $73 million in subscription fees for the protection plan in the past five years.