Court of Appeals permits foreclosures, saying they were not time-barred 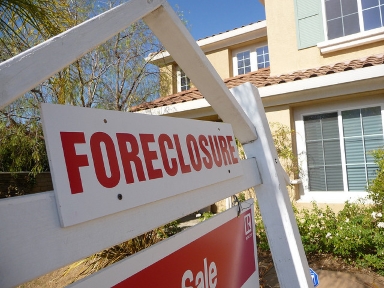 Recently, the Washington State Court of Appeals decided two cases related to home foreclosures. In both, the Court upheld the lender’s right to foreclose in the face of challenges based upon Statute of Limitations – the argument that the legal time limit for initiating foreclosure had passed.

When a person borrows money to buy a home or other real property, the loan generally involves two main elements:

(1) the buyer’s written promise to pay the lender back (a.k.a. the “Promissory Note”), and

(2) the buyer’s agreement that the lender can foreclose on the property if the buyer fails to pay back the loan (a.k.a. the “Mortgage”).

Mortgages are subject to a six-year Statute of Limitations, meaning foreclosure must be started within six years. The question is: six years from when? To put this issue into context, it helps to understand the difference between two types of promissory notes – demand notes and installment notes.

By contrast, an installment note is payable in multiple payments over a designated period. It is essentially saying “I owe you money in the future at certain designated times.” For installment notes, the statute of limitations runs against each installment from the time it becomes due. See, e.g., Herzog v. Herzog, 23 Wn.2d 382, 387-88, 161 P.2d 142 (1945).

Which brings us to the two recent Court of Appeals cases:

In July 2007, the Edmundsons obtained a loan to purchase real property. That loan was documented by a Promissory Note, payable in monthly installments, and secured by a Deed of Trust. (Note: For purposes of the issues addressed in this article, a Deed of Trust is similar to a Mortgage.) The last payment was due on August 1, 2037, the maturity date of the note.

The Edmundsons defaulted on the note when they stopped making payments in November 2008. They filed for bankruptcy in June 2009, and on December 31, 2013, the bankruptcy court discharged their debts, including the Promissory Note.

Based on the Edmundsons’ failure to make their payments, on October 23, 2014, the lender issued a Notice of Default – the method for initiating foreclosure on a Deed of Trust. The Edmundsons filed suit to stop the foreclosure, and the trial court found in favor of the Edmundsons.

The Court of Appeals reversed. The Edmundsons’ Promissory Note was an installment note – requiring monthly payments for a specified period of time. As a result, every missed payment by the Edmundsons, until the date when the Promissory Note was discharged in bankruptcy (December 31, 2013), started its own six-year Statute of Limitations. The lender initiated foreclosure on October 23, 2014, less than a year later, and well within the six-year time period.

This means the lender cannot continue to pursue the debtor for money owed on the Promissory Note, but can still foreclose on the property, as long as the underlying lien was neither avoided nor eliminated in bankruptcy.

The case of 4518 S. 256th, LLC involved similar issues, as well as another concept related to mortgages: acceleration. Installment notes can contain what’s called an “acceleration clause,” which gives the lender the right upon default to demand the immediate payment of all installments, including future ones. If a debt is accelerated, the debt is due immediately, and the Statute of Limitations runs from that due date.

In 4518 S. 256th, LLC, the Property at issue was subject to a Promissory Note and a Deed of Trust, and the borrowers defaulted. In 2008, the lender initiated foreclosure. As required by Washington statute, the lender also issued a Notice of Trustee’s Sale, which stated that if default was not cured at least 11 days before the sale date, the only way to stop the sale was by paying the entire unpaid balance on the note.

For unspecified reasons, the sale never occurred. Over six years later, in 2014/15, the lender again attempted to foreclose on the Property. The owner of the Property argued that by initiating foreclosure and issuing a Notice of Trustee’s Sale in 2008, the lender accelerated the loan and commenced the Statute of Limitations, making the 2014/15 foreclosure – and any future attempted foreclosure – time barred.

The Court of Appeals disagreed. The Court found that foreclosure and acceleration are two separate processes, and the lender had expressly pursued the former, not the latter. The Court further found that the Notice of Trustee’s Sale did not automatically accelerate the loan. That Notice simply contained language – required by Washington statute governing foreclosure – describing how to stop the foreclosure process. Nothing in either that language, or the foreclosure laws in general, require a lender to accelerate a loan in order to pursue foreclosure.

These decisions are noteworthy for all Mortgages and Deeds of Trust. Many home loans require monthly payments for as much as 30 years. So if a borrower is ever in default, the lender could wait a long time and still foreclose – potentially until just shy of six years after the final maturity date of the note. And the lender is not necessarily limited to one attempt at foreclosure, as long as that Statute of Limitations period has not run out and the borrower is still in default.

Photo credit: Sign of the Times - Foreclosure, used under the Creative Commons license.