In an effort to reduce distracted driving, the Washington State legislature is considering a law that would ban holding an electronic device like a cell phone while driving.

Republican Sen. Ann Rivers, the sponsor of the bill, called it a good public safety measure that repeals the current statute "and replaces it with a much more simple and easier to enforce piece of law."

Currently people are guilty of an infraction if they hold a phone to their ear while driving, or are caught text messaging.

Under the new measure, drivers would not be allowed to hold a cellphone, tablet or other electronic device in their hands while driving on a public roadway, including while being stopped in traffic. Things like holding a phone to text or use social media or watch a video would be illegal under this measure.

However, the bill would allow the use of a finger to activate or deactivate a function of a device, such as using Siri on the iPhone, and the use of a built-in touch screen control panel within a vehicle to control basic functions like the radio or air conditioning. 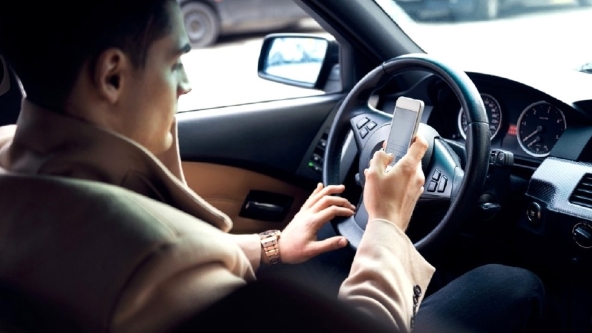