Seattle ordinance confirms it's OK to to record police officers 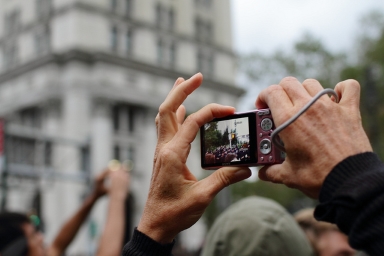 People often ask the question whether it's legal for the public to record police activity. On Monday, the Seattle City Council voted to codify that right into the Seattle Municipal Code.

The First Amendment can offer protections to members of the public when they watch and record police. And a Seattle Police Department policy adopted in 2008 says bystanders may remain nearby and record the incident as long as they don’t interfere.

So, people already were allowed to watch and record police in Seattle. But the council’s vote means the rights of police observers are now recognized in city law.

The only exceptions are when an observer hinders, delays or compromises legitimate police activity, threatens someone’s safety or attempts to incite other people to violence.

Photo credit: Watching Them Back, used under the Creative Commons license.