The Case of the Incredible Shrinking Airline Seat

The FAA declined to adopt rules governing passenger space on aircraft seats, claiming that the issue did not affect passenger safety. Flyers Rights filed a lawsuit in federal court claiming that federal law – the Administrative Procedure Act – required the FAA to have adequate evidence for its refusal to pass rules governing aircraft seat space. Flyers Rights asked a federal court to order the FAA to reconsider its decision.

The U.S. Court of Appeals sided with Flyers Rights. The court observed that the FAA’s mission includes providing minimum safety standards for aircraft consistent with “the duty of an air carrier to provide service with the highest possible degree of safety in the public interest.” Flyers Rights’ petition to the FAA included evidence that airline seat space had shrunk considerably over the last several decades while the average American passenger grew larger. The FAA denied Flyers’ Rights’ petition because the FAA found the aircraft seat space issue “d[id] not raise an immediate safety or security concern.” But the FAA cited no studies or other evidence supporting its conclusion.

The court agreed with Flyers’ Rights that the FAA “failed to provide a plausible evidentiary basis for concluding that decreased seat sizes combined with increased passenger sizes have no effect on emergency egress.” The Court decided that Flyers Rights identified a reasonable safety concern backed up by evidence, and that the evidence the FAA relied on in denying Flyers Rights’ petition did not adequately address the issue. Among other things, the FAA relied on studies that never tested whether seat size was a safety issue, then reasoned that seat size could not be a safety issue because its studies never tested for it. The court found the FAA’s reasoning “blinks reality.”

Accordingly, the court sent the case back to the FAA to give a “properly reasoned” response to Flyers Rights’ concern about shrinking aircraft seats. 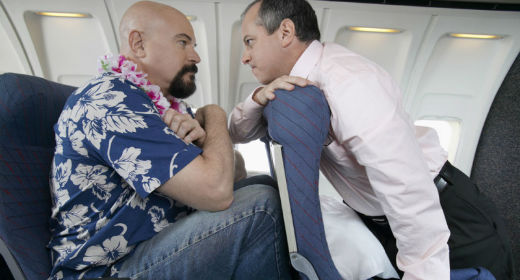