The Ninth Circuit Court of Appeals recently affirmed a $6.6 million jury verdict in favor of the plaintiffs, three police officers of Latino descent, against the City of Westminster’s police department. In Flores v. City of Westminster, the court declined to overturn the jury’s decision that the City violated the federal Civil Rights Act and the California Fair Employment and Housing Act.

The plaintiffs alleged the City discriminated against them by denying them promotions that were awarded to less-experienced officers and tolerating other officers’ racial slurs. When the officers complained, the City retaliated against the officers by finding pretexts to reprimand them. Prior to their complaints, the officers had good discipline records and commendations.

Before the Ninth Circuit, the City argued the court should throw out the jury’s verdict in favor of the officers. The court rejected the City’s arguments.

Third, the City argued that the at-issue federal civil rights law, Section 1981, did not apply because it prohibits only discrimination with respect to contracts and the officers’ employment was not pursuant to contract. The court acknowledged that the applicable state law provided that public employment is governed by statute, not contract. But the court noted that Congress expanded Section 1981 in 1991 specifically to broaden its reach. In light of the 1991 amendments and the statute’s purpose, the court found that reading California law to deprive the officers of their rights under Section 1981 would be inconsistent with federal law. 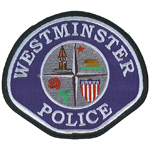