On October 2, 2017, the U.S. Supreme Court heard argument in three consolidated cases that could significantly alter employment law nationwide. The three cases, Epic Systems Corp. v. Lewis, Ernst & Young LLP v. Morris, and National Labor Relations Board v. Murphy Oil USA, Inc., require the Supreme Court to decide whether employers can force employees to give up their right to sue their employer in court and instead agree to resolve legal disputes in private arbitration. Private arbitration differs from the court system in several important ways. Among other things, individuals’ right to obtain information from the other party is significantly limited, there is virtually no right to an appeal, and individuals cannot proceed as a group in a class or collective action.

Arbitration agreements have gained notoriety in recent years. While the Federal Arbitration Act permitted arbitration agreements since 1925, arbitration was traditionally only used between business entities with relatively equal bargaining power, not between large companies and individuals or small business. That changed with the Supreme Court’s 2011 ruling AT&T Mobility v. Concepcion, which broadly upheld business’ rights to include arbitration agreements in boilerplate “take-it-or-leave-it” contracts offered to individual consumers or small business who lacked the bargaining power to to negotiate. After the Concepcion decision, arbitration agreements became increasingly common in everyday consumer contracts. A 2015 New York Times investigation found consumers were required to agree to forego the court system in favor of private arbitration in industries as varied as credit cards, online dating, telecommunications, health care and education. A report to Congress by the federal Consumer Financial Protection Bureau found that “[t]ens of millions of consumers” were subject to arbitration clauses through their use of financial products or services.

The Justices’ questions at oral argument underscored the importance of the Court’s decision in the three cases. Justice Stephen Breyer noted that the NLRA right to collective employment action was a key part of employment reforms undertaken in the 1940’s, and that a ruling allowing employers to require employees to arbitrate disputes individually risked “undermining and changing radically” the labor laws that are the “entire heart of the New Deal.” Justice Ginsburg opined that arbitration seemed inconsistent with the NLRA’s purpose of putting employees on equal footing with their employer. On the other hand, Chief Justice John Roberts observed that a decision striking down the arbitration agreements in these cases would invalidate similar employment agreements covering 25 million people, a step some justices seemed reluctant to take.

Now that the case has been argued, a decision is likely sometime in the coming months. 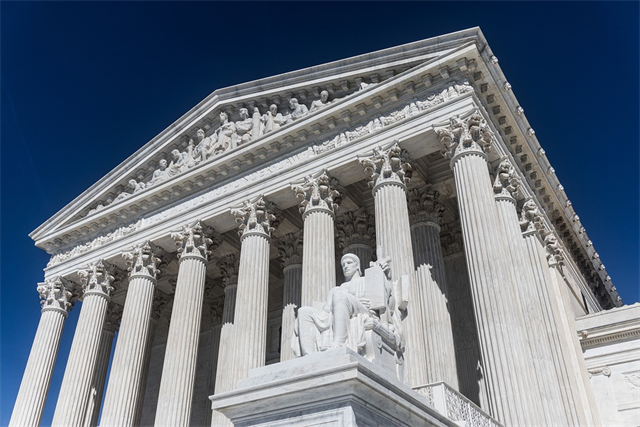