In a recent unpublished decision, the Court of Appeals ruled on a business dispute between two former partners involving the business’ loss in the 2008 crash and one partner’s attempt to murder the other to collect insurance money.

Dr. Michael King and Dr. Michael Mockovak successfully owned and operated multiple Lasik eye surgery clinics in the United States and Canada. The business venture was successful until the 2008-2009 recession, when demand for elective eye surgeries dropped. Despite selling several practices, the business was more than $2.8 million in debt by the end of 2009. The businesses became unable to pay both King and Mockovak.

In late 2009, King and Mockovak decided to part ways. Before they could divide up the business however, the FBI arrested Mockovak for trying to arrange King's murder. The plan was to kill King and collect on a $4 million key-man life insurance policy on King's life. A jury ultimately convicted Mockovak of attempted murder and attempted theft and sentenced him to 20 years in prison. Thereafter, King formed a new business and continued practicing.

King and Mockovak sued each other over the losses to the business as well as Mockovak’s attempt to solicit King’s murder. The jury found mostly in favor of King. On appeal, Mockovak made several unsuccessful arguments.

Mockovak argued the trial judge should have dismissed potential jurors who stated Mockovak’s attempt to murder King would make them less likely to find in Mockovak’s favor in the lawsuit. Although some jurors indicated Mockovak’s attempted murder might make them hesitate to award him money, every juror represented to the judge that they were nevertheless able to be fair and impartial. Thus, the Court of Appeals found no error.

Mockovak also argued that the trial judge erred in not instructing the jury that it could not consider testimony regarding the attempted murder. The Court of Appeals ruled that the jury should not have been told it could not consider any argument or testimony regarding Mockogak’s crimes because those crimes could have had an effect on the businesses. The Court of Appeals also noted the trial judge was appropriately concerned with Mockvak’s attempts to refuse to answer questions regarding the criminal activity in the context of the business dispute.

The Court of Appeals also ruled King’s lawyer’s statements to the jury regarding Mockovak’s crimes did not deprive Mockovak of a fair trial. In closing arguments, King’s lawyer commented to the jury regarding Mockovak’s failure to take responsibility for the business’ debts, as well as his character and the harm to King. The Court of Appeals determined that these statements were insufficiently flagrant to warrant a new trial. 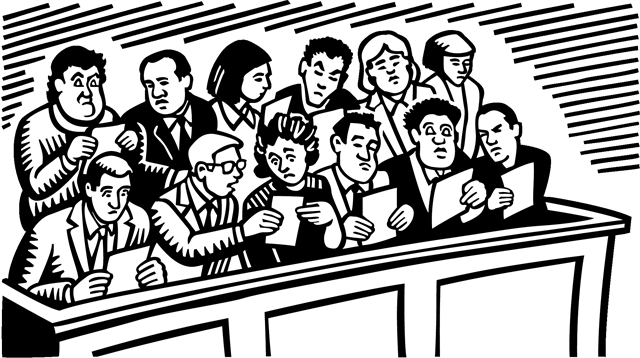