Months after Rock Island submitted its application, Rock Island disclosed to the WSLCB that Brock Marchel was currently incarcerated on a 44 ½ year sentence for homicide. Libby Haines-Marchel provided WSLCB with Brock Marchel’s affidavit in which he gave up his ownership rights in Rock Island.

After thoroughly reviewing Washington’s marijuana laws and retail license requirements, the Supreme Court sided with WSLCB and upheld the denial of Rock Island’s license. The court noted that not every state regulation incidentally relating to marriage impacts the fundamental right to marry, and found that denial of Rock Island’s license did not infringe on Libby Haines-Marchel’s right to marry because Washington has a legitimate interest in making sure that owners of marijuana retail companies are not disqualified by criminal history. The Court also found that Brock Marchel’s affidavit purportedly giving up his interest in Rock Island was legally ineffective because it was not a binding contract. Finally, the court ruled the denial of the license did not unconstitutionally deprive Libby Haines-Marchel of property because she had no property interest in the license – WSLCB had discretion whether to grant the license or not.

If you have questions regarding compliance with Washington’s marijuana retail laws, contact Pivotal Law Group attorney McKean J. Evans for a free consultation. 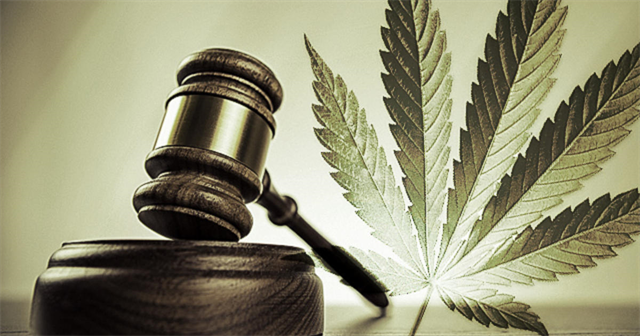