Can a Marijuana Business Get Bankruptcy Relief?

Marijuana is regulated as a dangerous drug by Congress. The U.S. Supreme Court recognizes that the federal prohibition takes precedence over any state law that says otherwise. The United States Trustee Program (USTP) has to respect this. Thus, the answer to whether a marijuana business can file bankruptcy here in Washington and get relief should be an easy “no.”

There are two principles the USTP relies on in its role of “regulator” of the bankruptcy system when it moves to dismiss a Chapter 11 or 13 case:

1. The bankruptcy system may not be used as an instrument to commission of a crime – reorganization plans that allow or require continued illegal activity may not be confirmed; and

2. The bankruptcy trustees and other estate fiduciaries shouldn’t be made to administer assets if doing so means they would violate federal criminal law. Thus, the answer seems to be that a marijuana business cannot get bankruptcy relief in Chapter 11 or 13 because that would mean that the trustee is supervising and running a federally illegal business. However, there are cases with potential grey areas where the trustee isn’t doing this. For example:

What about the Ponzi scheme cases or the ones with other criminal activities? How come they get relief?

Big cases like In re Enron Corp. and In re Bernard L. Madoff Investment Securities LLC deal with the aftermath of fraud. Typically, the individual offenders have already been removed from the business. The other difference is that they don’t deal with property similar to that described in the Controlled Substances Act, where mere possession of it is a federal crime. Nor did either of these cases involve a proposed Chapter 11 or Chapter 13 plan where the feasibility of the plan depended on the continued profits of an illegal enterprise. In a marijuana case, the illegal activity is continuing through the bankruptcy administration and bankruptcy relief might actually further the illegal business.

Conclusion: The USTP enforces the legislative judgment of Congress. Since Congress had determined marijuana businesses illegal, these businesses are illegal for bankruptcy purposes too and likely cannot be granted bankruptcy relief.

Kim Sandher will be hosting a free bankruptcy education seminar on January 27, 2018 from 3-5pm at the Youngstown Cultural Arts Center in Seattle. For more information or to RSVP please email Andreka Jasek. 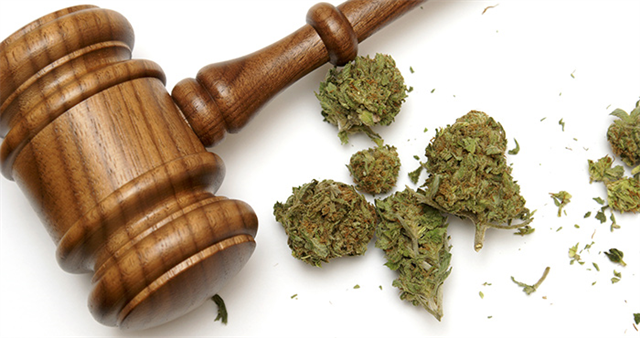