I. The Trial Court Dismissed the Insured’s Claims Against the Adjuster

Keodalah made a UIM claim under his Allstate auto policy after being injured when a motorcyclist struck his truck as Keodalah proceeded through an intersection. Allstate’s internal investigation, the report of Allstate’s accident reconstructionist, and the police report uniformly established the motorcyclist was solely at fault for the collision. Specifically, the investigations confirmed the motorcyclist was speeding, that Keodalah stopped at the stop sign, and Keodalah was not using his cell phone at the time of the collision.

Allstate nevertheless insisted Keodalah was 70 percent at fault and tendered a lowball offer on the UIM claim. Despite the above reports exonerating Keodalah, Allstate’s adjuster, Smith, asserted Keodalah had run the stop sign and had been on his cell phone. Smith later admitted these claims were false. The parties tried the UIM claim and the jury determined the motorcyclist was 100 percent at fault, awarding Keodalah $108,868.20. Allstate’s highest offer had been $15,000.00.

Keodalah subsequently filed suit against Allstate as well as Smith individually, asserting claims for bad faith, violations of the CPA, and violations of the Insurance Fair Conduct Act (“IFCA”). The trial court dismissed Keodalah’s claims against Smith and certified the case for discretionary review pursuant to RAP 2.3(b)(4).

II. The Court of Appeals Reinstated the Bad Faith and CPA Claims Against the Adjuster

The Court of Appeals determined insureds may bring bad faith claims against individual insurance adjusters pursuant to RCW 48.01.030. The court reasoned RCW 48.01.030 imposes a duty of good faith on “all persons” engaged in the business of insurance, including specifically “the insurer…and their representatives.” (emphasis added).

Because Ms. Smith, as an insurance adjuster, “was engaged in the business of insurance and was acting as an Allstate representative,” the court had no difficulty concluding Smith owed Keodalah a duty of good faith and could be sued for breaching that duty. Besides the statute, the court also relied on Division Three’s ruling in Merriman v. Am. Guarantee & Liability Ins. Co., 198 Wn. App. 594, 396 P.2d 351 (2017), and the Western District of Washington’s ruling in Lease Crutcher Lewis WA, LLC v. Nat’l. Union Fire Ins. Co., 2009 WL 3444762 (2009), that corporate adjusters could be sued for bad faith, finding no distinction between corporate and individual adjusters. The court explicitly distinguished a conflicting federal court ruling, Garoutte v. Am. Family Mutual Ins. Co., 2013 WL 231104 (2013) as incorrectly reading the “representatives” language out of RCW 48.01.030. And the court ruled RCW 48.01.030 is not limited by narrower WAC provisions which were expressly “not exclusive.”

As for the CPA claim, the court rejected Smith’s argument the claim was barred because policyholders have no contractual relationship with adjusters. The court relied on a straightforward interpretation of the Washington Supreme Court’s ruling in Panag v. Farmers Ins. Co. of Wash., 166 Wn.2d 27, 43-44 204 P.3d 885, 892 (2009), in which the Supreme Court explicitly ruled “a private CPA action may be brought by one who is not in a consumer or other business relationship with the actor against whom the suit is brought.” The Court of Appeals recognized Panag abrogated the Court of Appeals’ contrary rulings in International Ultimate, Inc. v. St. Paul Fire & Marine Ins. Co., 122 Wn. App. 736, 87 P.3d 774 (2004). Smith also relied on Ninth Circuit authority, but the court determined that authority was based on California insurance law.

Despite reinstating the bad faith and CPA claims against the adjuster, the Court of Appeals affirmed dismissal of the IFCA claim against the adjuster. That ruling is limited to the narrow nature of Keodalah’s IFCA claims, which were not premised on unreasonable coverage denials but instead were limited explicitly to WAC violations. In light of the Supreme Court’s holding WAC violations alone cannot support IFCA claims, the Court of Appeals dismissed that claim with minimal discussion. An IFCA suit against an individual adjuster premised on unreasonable coverage denials or malfeasance beyond mere WAC violations would not be barred by Keodalah.

Despite Keodalah, IFCA claims against adjusters, while theoretically possible, are likely problematic. RCW 48.30.015(1) grants policyholders a cause of action if they are “unreasonably denied a claim for coverage or payment of benefits by an insurer” without limiting the cause of action to the insurer itself. IFCA’s treble damages provision is expressly limited to cases in which “an insurer has acted unreasonably” (RCW 48.30.015(2) (emphasis added)); the presence of this limiting language with respect to the discretionary treble damages subsection might suggest its absence from the cause of action arguably evidences an intent to permit IFCA suits (but not treble damages) against adjusters.

However, the Washington Supreme Court already rejected one invitation to read IFCA broadly in Perez-Crisantos. Further, IFCA is written in terms of “first party claimants” and misconduct “by an insurer” which suggests IFCA is limited to suits against insureds. See RCW 48.30.15(1). And it is counterintuitive to suggest IFCA would permit a cause of action against adjusters while restricting treble damages against adjusters.

Keodalah has several potential implications for future insurance disputes. Obviously, the adjuster’s personal exposure adds a significant dimension to the dispute. And foreign insurers employing Washington adjusters could likely be sued in state court without removal to federal court, because federal courts typically only have diversity in insurance disputes where all the parties are citizens of different states. It’s also noteworthy Keodalah declined to address Smith’s argument that she could not be held liable for her conduct in the prior UIM action in a subsequent bad faith action. Adjusters might assert this defense in future disputes. 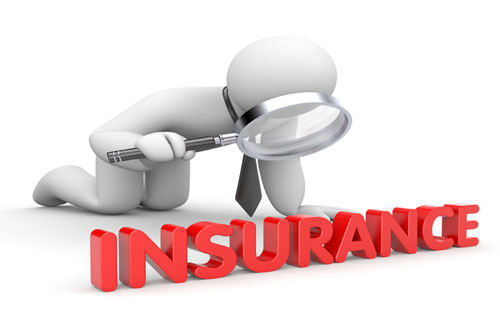