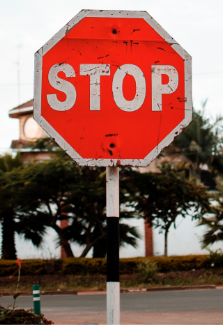 In a recent decision by Division I of the Washington Court of Appeals, the court addressed whether or not the School District could be held liable for the student who was struck and killed by a negligent driver. In Meyers v. Ferndale School District, 12 Wn. App. 2d 254 (2020), the Court focused on whether the incident was foreseeable.

Anderson was a student at the Ferndale School District’s Windward High School during the 2014-2015 school year. Ritchie was a physical education teacher at the school class. On June 10, 2015, Ritchie decided to take Anderson’s class for a walk off the campus grounds.

Windward High School was a modified closed campus school, and Ferndale had specific policies in place during the 2014-2015 school year regarding taking students off campus on field trips or excursions. Ferndale required teachers to obtain the permission of a student’s parent or guardian before taking them off campus for a field trip or excursion. All parties agree Ritchie did not follow these policies prior to taking Anderson’s class off campus.

Meyers, as the personal representative of Anderson’s estate, sued both Klein and the school district, alleging they had acted negligently and their negligence caused Anderson’s death. Ferndale moved for summary judgment to dismiss Meyers’ claims on the grounds (1) the collision was not foreseeable—thus Ferndale had no duty to take steps to prevent it—and (2) even if Ferndale breached a duty, such breach was not the proximate cause of Anderson’s death. The trial court agreed the collision was not foreseeable, and dismissed Meyers’ claims against Ferndale. Meyers appealed the trial court’s decision to the Court of Appeals.

The Court of Appeals noted:

To prevail in this negligence suit, Meyers must show (1) the existence of a duty to [Anderson], (2) a breach of that duty, (3) a resulting injury, and (4) the breach as the proximate cause of the injury. In this appeal, the parties contest only the issues of duty and proximate cause.

Meyers argued the trial court erred by concluding Ferndale had no duty to protect Anderson against the collision. Meyers contended the trial court applied the wrong legal standard of foreseeability, because it required the specific collision to be foreseeable in order for Ferndale to have a duty to protect Anderson. According to Meyers, Ferndale had a duty so long as the specific injury-causing event was within the “general field of danger” created when Ritchie took Anderson off campus to walk along a sidewalk next to a public roadway.

Whether a duty exists is a question of law for the court. “School districts have the duty ‘to exercise such care as an ordinarily responsible and prudent person would exercise under the same or similar circumstances.’ ” Briscoe v. Sch. Dist. No. 123, 32 Wn. 2d 353, 362, (1949). While common law generally imposes no duty to prevent a third person from causing physical injury to another, such a duty arises when “ ‘a special relationship exists between the defendant and either the third party or the foreseeable victim of the third party’s conduct.’ ” Niece v. Elmview Grp. Home, 131 Wn. 2d 39, 43, 929 P.2d 420 (1997) In the context of a student-school relationship, “[s]chool districts have a custodial relationship with their students . . . As a result, the school district must ‘take certain precautions to protect the pupils in its custody from dangers reasonably to be anticipated.’ ” Hendrickson v. Moses Lake Sch. Dist., 192 Wn. 2d 269, 276, (2018). “As long as the harm is ‘reasonably foreseeable,’ a school district may be liable if it failed to take reasonable steps to prevent that harm.” Hendrickson, at 276.

When foreseeability is a question of whether the harm is within the scope of the duty owed, it is a question of fact for the jury. McKown v. Simon Prop. Grp., Inc., 182 Wn. 2d 752, 764, (2015). Foreseeability is not measured against the specific sequence of events leading to the harm or against the exact harm suffered. “ ‘[T]he question is whether the actual harm fell within a general field of danger which should have been anticipated.’ ” Hendrickson, at 276. The Court of Appeals went on to state the trial court had applied the wrong foreseeability standard by focusing on the specifics of the collision, rather than the “general field of danger” attendant to allowing students to walk along a sidewalk adjoining a public roadway outside of the school safety zone, concluding:

First, even before considering the record, it is common knowledge, and has been noted in case law for decades, that cars do not always stay in their lanes; accidents happen. See, e.g., Berglund v. Spokane County, 4 Wn. 2d 309, 320, 103 P.2d 355 (1940) (“[I]t is a well-known fact that automobiles do, at times, for one reason or another, forsake their lane of travel .... The records of every court abound with such instances. It cannot be held, as a matter of law, that such occurrences are so highly extraordinary or improbable as to be wholly beyond the range of expectability.”). Second, Meyers presented expert opinion evidence and statistics from the National Highway Traffic Safety Administration confirming that car accidents involving pedestrians are a common occurrence in the United States. Third, deposition testimony from Ferndale officials acknowledged that it was foreseeable that removing students from the school campus could result in harm to the students. Thus, the trial court erred by granting summary judgment on the ground that the harm to Anderson was not foreseeable as a matter of law; there was, at the very least, a question of fact about whether it was reasonably foreseeable that having Anderson walk along a public roadway off the school campus could result in him being injured in a collision involving a motor vehicle.

The Court of Appeals reversed the trial court’s decision dismissing Meyer’s claim sent the case back to the trial court for further proceedings. It is important to note the procedural context of this case before drawing too many conclusions. The Court of Appeals ruled it was a “question of fact” as to whether the school district was liable for Anderson’s death. A jury will ultimately decide the issue of liability. A jury could well decide that, under these circumstances, it is not appropriate to hold the school district liable. This case is a cautionary tale for school districts and other similarly situated entities in terms of risk management. Was this accident truly foreseeable and therefore potentially avoidable had the teacher exercised more caution with the students, or was this just a freak and unfortunate accident which the school district could not have foreseen or prevented? A jury will decide.

If you have questions about a personal injury or potential wrongful death claim, please feel free to contact Chris Thayer at CThayer@PivotalLawGroup.com or at (206) 805-1494.