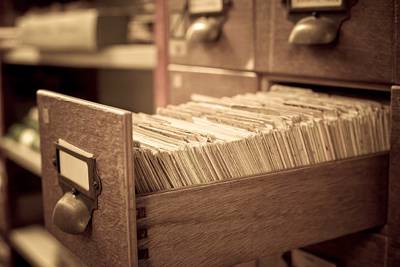 In Wolf v. Bellevue School District (No. 81234-3-1, 12/6/21), Division I of the Washington Court of Appeals addressed the doctrine of “Spoliation”. In Wolf, plaintiff (a minor) claimed he was repeatedly sexually assaulted at Eastgate Elementary School and on the school bus by another student. Eastgate Elementary is operated by the Bellevue School District (BSD). The school had video cameras which may have recorded the assaults, but BSD failed to preserve the data.

Bellevue School District was required by law to preserve all documents and data, including video footage, related to reasonably anticipated litigation. BSD failed to preserve this data, even though it had been made aware of the potential claim, and received tort claim form along with a “litigation hold request” asking BSD to preserve all video footage. Despite these requests, and the fact that the Eastgate Elementary principal apparently had the opportunity to view the video footage, the data was overwritten and lost. The trial court ruled that BSD had “spoliated” the video footage and engaged in other discovery violations and imposed a sanction a default judgment on liability against BSD.

In the present case, BSD argued the missing footage was not relevant, claiming the footage did not cover the area where the students interacted. “Whether the missing evidence is important or relevant depends on the particular circumstances of the case.” Tavai. at 135. “In weighing the importance of the evidence, we consider whether the [non-spoliating] party was given an adequate opportunity to examine it.” Id. And “[w]hether destruction of the evidence gave the culpable party an investigative advantage is a consideration.” Cook, at 462. “In weighing the importance of the destroyed evidence, the fact that the culpable party itself investigated the evidence is relevant but not determinative.” Id.

“[I]n determining the adverse party’s culpability, the trial court can consider the party’s bad faith, whether that party had a duty to preserve the evidence, and whether the party knew that the evidence was important to the pending litigation.” Homeworks Constr., Inc. v. Wells, 133 Wn. App. 892, 900, 138 P.3d 654 (2006). Spoliation may encompass a “broad range of acts beyond those that are purely intentional or done in bad faith,” so “a party may be responsible for spoliation without a finding of bad faith.” Id. “But even under this theory, the party must do more than disregard the importance of the evidence; the party must also have a duty to preserve the evidence.” Id. No sanctionable spoliation occurs when a party has an “innocent explanation” for the destruction or negligently failed to “preserve evidence relevant to foreseeable litigation.” Cook, at 462, 464. No general duty to preserve evidence exists in Washington, but the duty can arise from other sources. Id. at 470. Here, the Court of Appeals noted BSD did have a duty to preserve the video evidence, in light of a Washington statute which required the school district to preserve data in the event of “reasonably anticipated litigation”.

The Court of Appeals affirmed the trial court’s entry of a default judgment on liability under the circumstances, finding BSD had a duty to preserve the video data and failed to take action to prevent destruction after it was on notice of likely litigation.

When investigating a potential claim, where the possible defendant may be in the sole possession of data or documents relevant to the claim, it may be advisable to put the potential defendant on written notice of the likely claim and instruct them to preserve data. If you have questions about this case or the issue of spoliation of evidence, please feel free to contact attorney Chris Thayer at (206) 805-1494 or CThayer@PivotalLawGroup.com.